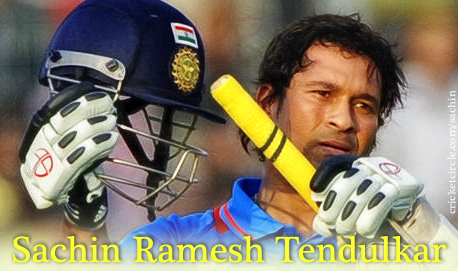 Ramesh Tendulkar, his father, supported Sachin when he was faced with the choice of complete devotion to cricket, or to re-build his academic career and pursue college. His father left the decision to Sachin, and backed him up when his son opted for cricket. This is significant due to the high emphasis of education and the strong influence of parents over children in Indian culture. His brother Ajit Tendulkar was also close and supportive of his intense efforts to master and excel at the game.

Tendulkar married Anjali Mehta, a gujarati doctor in 1998. It was a love marriage, despite his wife being a few years older than Sachin. They have two children, Arjun and Sara. Tendulkar remains a very devoted family man, and preserves the privacy and sanctity of his personal life despite the otherwise overwhelming media coverage on him.